It's Comic Convention Season: What You Should Know!

Posted by on 6/10/2022 to
Comic convention season is in full swing, and that means it's time to get excited about all of the amazing panels, events, and merchandise that will be available! If you're a fan of comics, movies, or TV shows, then one of the conventions across the nation is definitely the place for you. In this blog post, we will give you a sneak peek at some of the things you can expect at the upcoming conventions this year and how you can prepare so you have the best time possible. Whenever you need high-quality memorabilia for your own collection or to give you some ideas for your cosplay, you can count on GFX Distribution. We are proud to offer incredible figurines for all of your favorite comic and pop-culture icons. Shop our store today to get prepared for a convention near you!

With approximately 150,000 vaccinated fans (and their masks, both surgical and sartorial) coming together last fall, compared with about 260,000 in 2019, it felt like what Comic-Con International used to be before geekdom became mainstream. While attendance varies from convention to convention, looking to Comic-Con International for the standard is always a safe bet. Even though attendance may be lower at your local conventions, it's always a good idea to arrive early to ensure you get to all of the panels, autograph booths, and other events you want to attend.

After the two-year break due to the pandemic, the convention will be in full flow this year. Creators (including the big guns like Marvel and DC), artists, and fans will flow to the San Diego Convention Center. Apart from previews of the latest comics, films, and TV shows, there will be special panels and parties. International’s schedule for this year is between July 21 and 24. Many other smaller or regional comic and pop-culture conventions took breaks in the last two years, and they will be coming back strong in 2022. Whether you're attending Comic-Con International in San Diego or another local convention, be sure to check their guidelines for mandates on vaccines, masks, and other health or safety information. Each convention is a little bit different, and it is always important to be following the guidelines so you and your fellow convention-goers have the best time possible.

Comic-Con Past, Present, And Future

The first of the annual gatherings we now know as Comic-Con International was a one-day "test" con held at the U.S. Grant Hotel on March 21, 1970. An estimated 75 people turned out for it but it was considered a success and led to more. It grew, it changed locations, and it changed names. In 1972, it was San Diego's West Coast Comic Convention and in 1973, it became the San Diego Comic-Con. Since 1995, it has been Comic-Con International. Some people go to buy new books and merchandise, some people love to see previews of upcoming TV shows and movies, and some people go to meet people whose work they love. Comic-Con has always been a big deal for the comics and publishing industry, but it really rose to global prominence in the early 2000s, coinciding with the first wave of big superhero-driven blockbusters and the expansion of the San Diego Convention Center, which enabled the show’s attendance to balloon from 45,000 in the late 90s to well over 200,000 unique attendees that it draws today.

In the early days, fan conventions were a place for fans of literary science fiction to gather to discuss and debate elements of the genre. But mostly they were to celebrate the worlds built by the imagination of the science fiction writers. These conventions were also the origins of cosplay. Comic book conventions got their start in the mid-1960s, with local and regional conventions burgeoning throughout the 1970s. Also, comic and card shows (comic books and collectible cards) could be found nearly every weekend at local municipal buildings and VFW halls. These cons featured autograph tables as well as vendors. While formal comic conventions were few and far between at the beginning, they have drastically gained popularity, and now many major cities feature their own version of comic and pop-culture conventions. While some are smaller or focused on a certain area of fandom, many are continually growing to incorporate more guests, media, and more.
No matter what comic convention you are planning to attend this summer, remember to have fun and stay safe! Each one is a little different, so make sure to check out the website or social media pages for the most up-to-date information on guests, panels, and safety information. When you're looking for new figures to add to your collection, don't forget to shop with GFX Distribution. And don't forget to stop by and say hello if you see us at your next convention!
Read More
SHARE THIS POST

Why Choose GFX as Your Collectibles Outlet?

Collectibles are a great way to keep your childhood passions alive while also maintaining your adult status. Imagine The Flash displayed majestically in your TV room, surrounded by other beloved DC comics. Unfortunately for many fans, their collectibles do not quite stand up to the high-quality detail they desire due to buying from an illegitimate supplier. As an XM Studios certified distributor, GFX Distribution only carries premium-quality collectibles to give your childhood favorites a new breath of life with the highest attention to detail possible. Keep reading to learn more about why you should choose GFX as your reputable collectibles outlet or check out our new premium collectibles available for preorder today!

Our Most Frequently Asked Questions

Posted by on 3/8/2022 to News
At GFX Distribution, we take great pride in offering premium quality collectible statues from the hottest brands in the industry. We carry a wide selection of statues from your favorite films, tv shows, and comic books, including Lord of the Rings, The Witcher, Batman, and so much more.
In today’s blog post, we are going to answer some of the most common questions we get from our customers. Read on to learn more, and shop our selection of collectible statues today.
Read More
SHARE THIS POST

What is the Preorder Process for GFX?

Posted by on 3/4/2022 to News
At GFX, we offer all of today’s hottest collectible statues from the top manufacturers. While some products that we offer are in-stock for immediate shipment, we also offer the opportunity for you to preorder collectibles that haven’t hit shelves yet.
In today’s blog post, we’ll discuss how the preorder process works and why you would want to preorder a piece. Read on to learn more and shop our selection of collectible statues at GFX today.
Read More
SHARE THIS POST

As 2022 starts out, there are many new releases of movies, shows, and anime series to look forward to, and at GFX Distribution, we can help you fly your fandom flags with high-quality, pristinely detailed figures and collectibles! This year, we’ve rounded up our favorite figures that you can pre-order or purchase for shipping right now to get you excited for the newest releases within the DC Extended Universe, the Lord of The Rings Universe, and even some anime series that we know you’ll love!

Do you love DC comics? If so, you'll want to check out our selection of premium collectible statues! We are proud to be XM Studios' Master Distributor in North America, supplying their Worldwide-Licensed products. We carry a wide range of DC character statues, including Batman, Catwoman, Superman, Wonder Woman, and many others. Whether you're a lifelong fan or just getting started in the world of DC comics, we have the perfect statue for you! 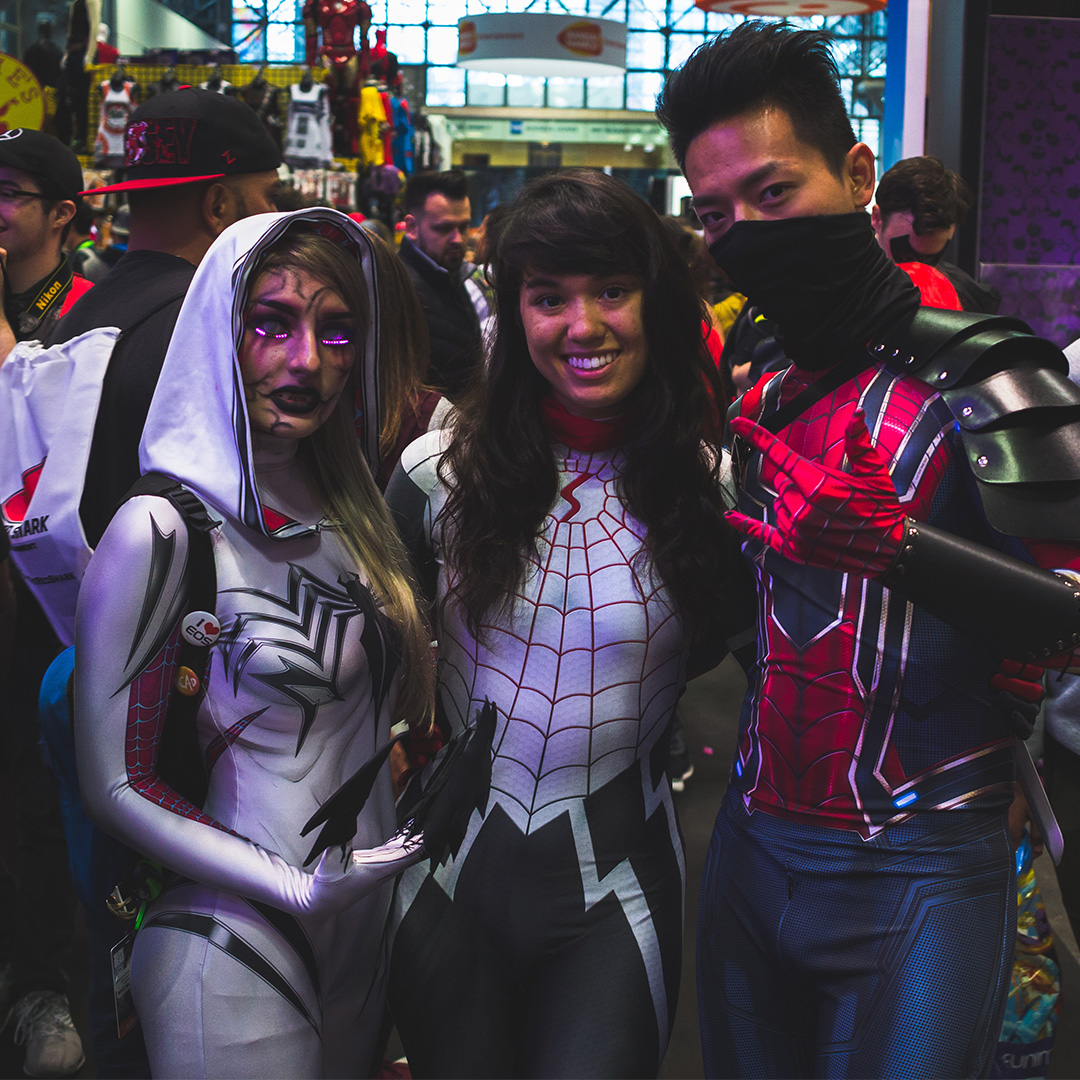 If you're a fan of Batman, you'll love our collectible Batman statue! Immortalized in amazingly detailed 1:6 scale cold-cast porcelain, this painstakingly handcrafted statue is individually hand-painted with the famous XM quality finish. 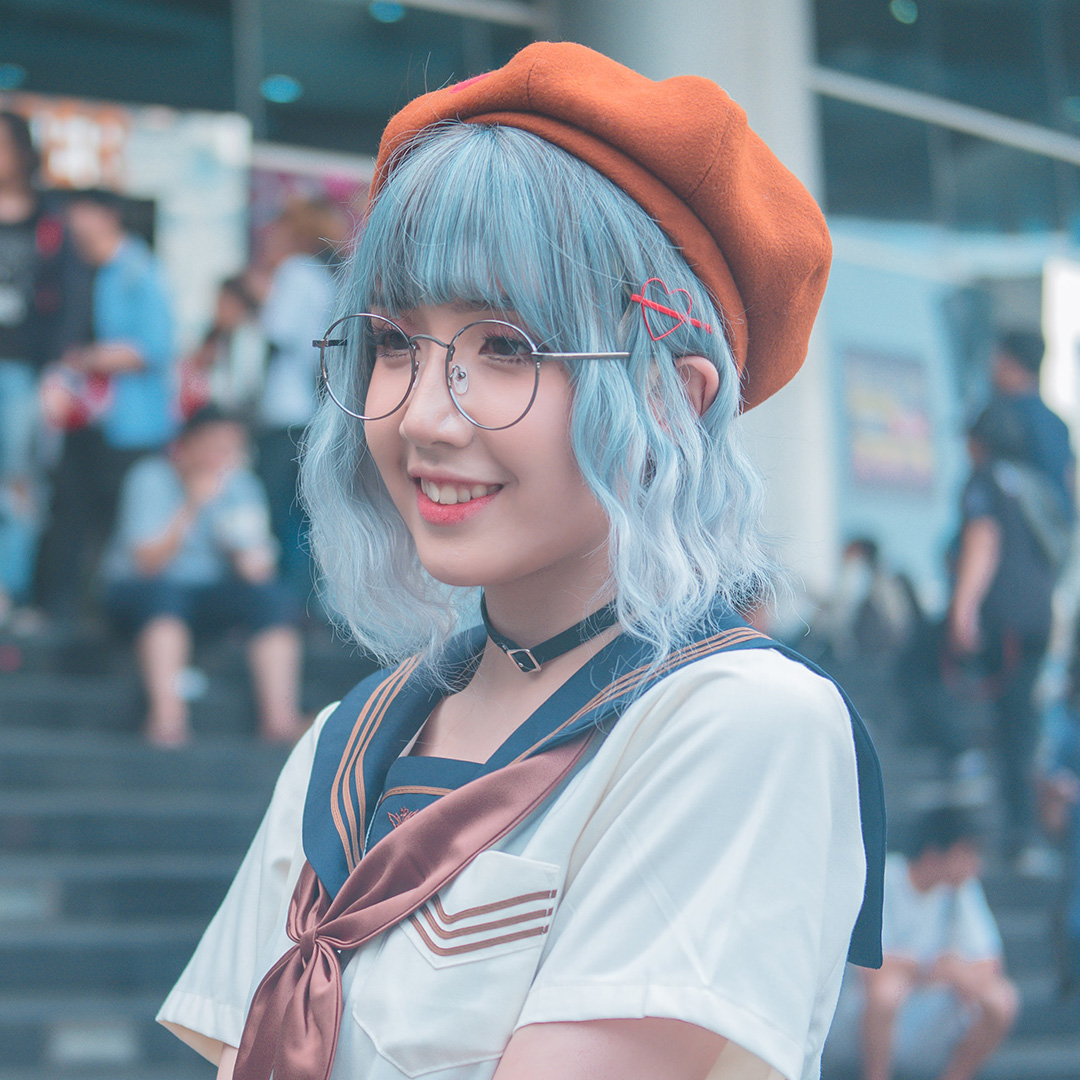 Catwoman Statue - As Deadly as She Is Beautiful 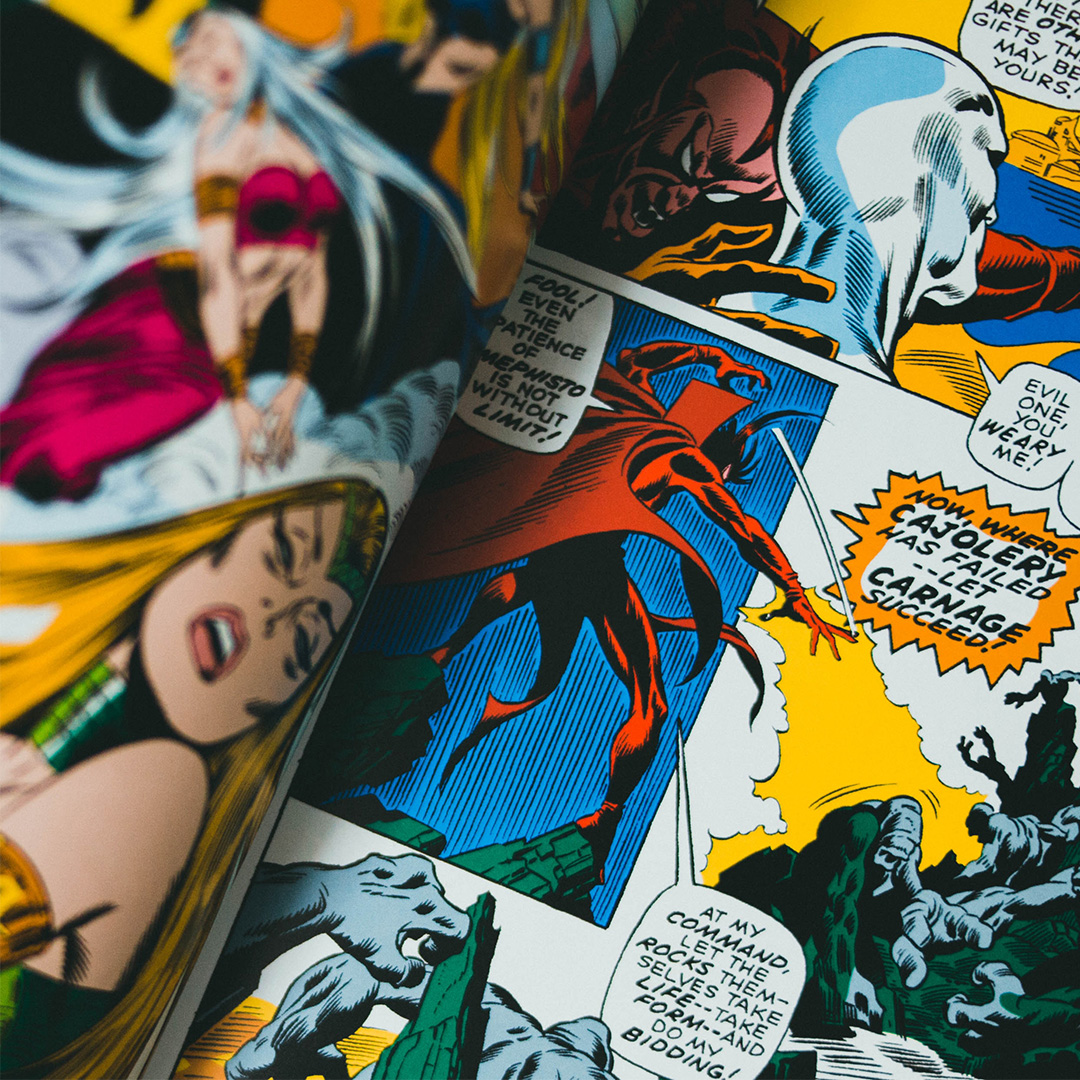 The Dark Nights Metal: Superman is a 1:3 scale statue that is hand-painted and made from the finest fabric and poseable wire. Complete your Dark Night: Metal state collection with this breathtaking addition today.

We also carry a wide range of other Superman collectible statues as well! 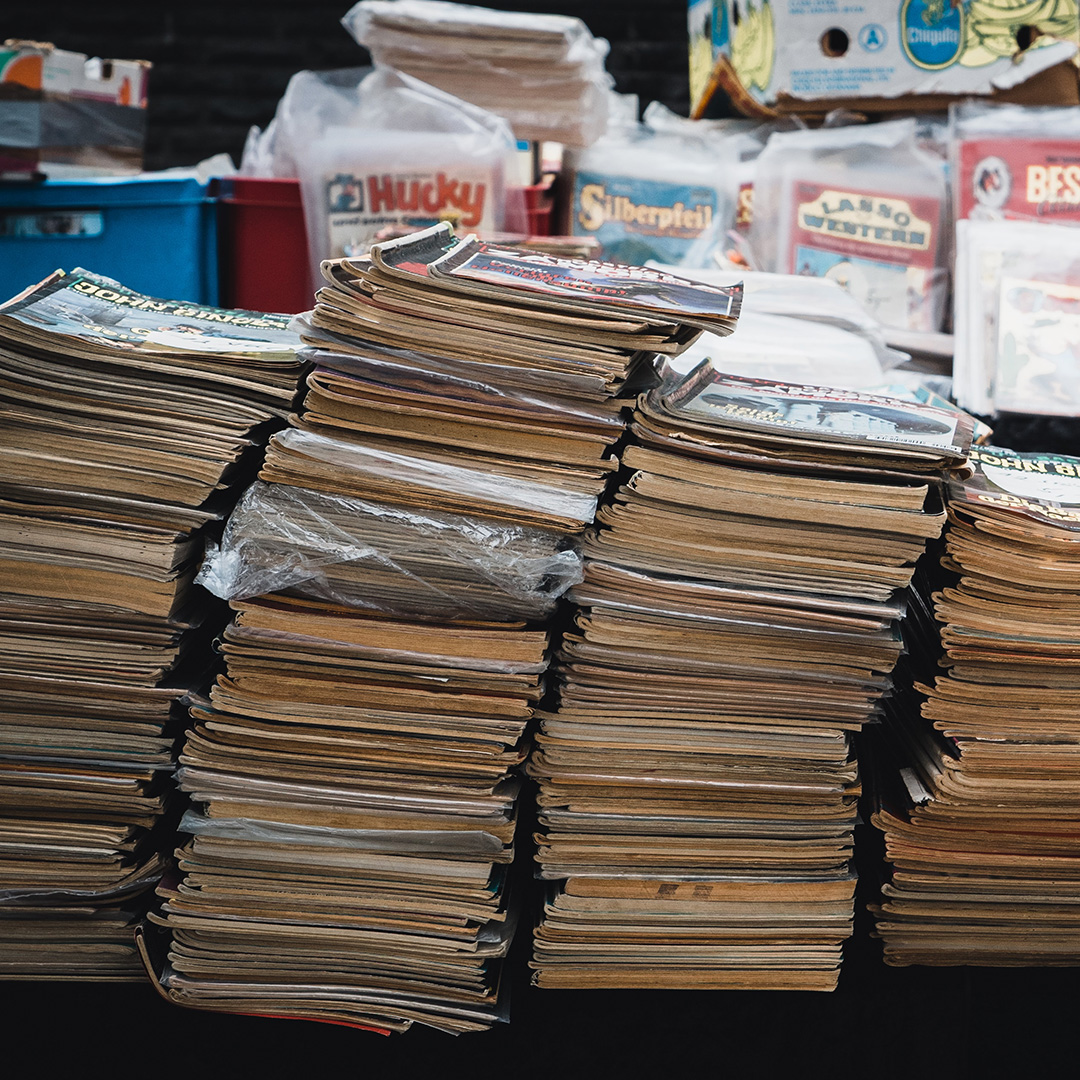 Wonder Woman Vs Hydra is the result of a collaboration between Prime 1 Studio and comic book artist Jason Fabok. This is the latest edition to the Museum Masterline Series — the 1:3 scale Amazonian Princess: Wonder Woman Vs. Hydra! Order the ultimate Wonder Woman statue in a very dynamic pose today!

Shop all our DC Comics statues today! GFX Distribution is your one-stop shop for all your premium collectible statue needs!

4 of Our Most Popular Video Game Collectibles

From Death Stranding and Berserk to Ghost of Tsushima and Horizon Zero Dawn, we have a  great selection of collectible statues of video game characters, including some of the most popular ones from XM Studios. These statues are high quality and made to last, with attention to detail that is sure to impress any collector. Whatever kind of fan you are, we have something for everyone. Be sure to check out our selection today!

We have a great selection of Death Stranding collectible statues from the popular video game. Choose from characters like Sam Bridges, Deadman, or even Ludens. Don't miss out on these amazing collectibles!

We have a wide selection of Berserk video game collectible statues for sale, including popular characters like Guts and Griffith. These statues are made with high-quality materials and attention to detail, ensuring that they will look great in any collection. Order now to get your hands on these amazing pieces!

We are proud to offer a wide selection of Ghost of Tsushima collectible statues. These statues are made with the utmost care and attention to detail, ensuring that they will look great in any collection. Choose from characters like protagonist Jin Sakai or badass samurai Masako Kageyama. Don't miss out on these amazing pieces!

We have a great selection of Horizon Zero Dawn collectible statues for fans of the popular video game. Choose from characters like Aloy, Rost, or even Sylens. These statues are made with extreme attention to detail. Order now to get your hands on these amazing pieces!

GFX Distribution is an official distributor of XM Studios products in North America. We are proud to offer high-quality collectibles from some of the hottest brands in the industry, including XM Studios, Prime One Studio, Infinity Studio, and JND Studios. Be sure to check out our selection today!